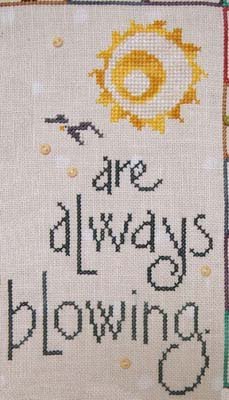 Named for the bells on a ship that signal the progress of a four hour watch, Three Bells, the third book in the series, contains the chart for the upper right of the central design.