Counted Cross Stitch > Out of the Woods: Owl part 2 of 3 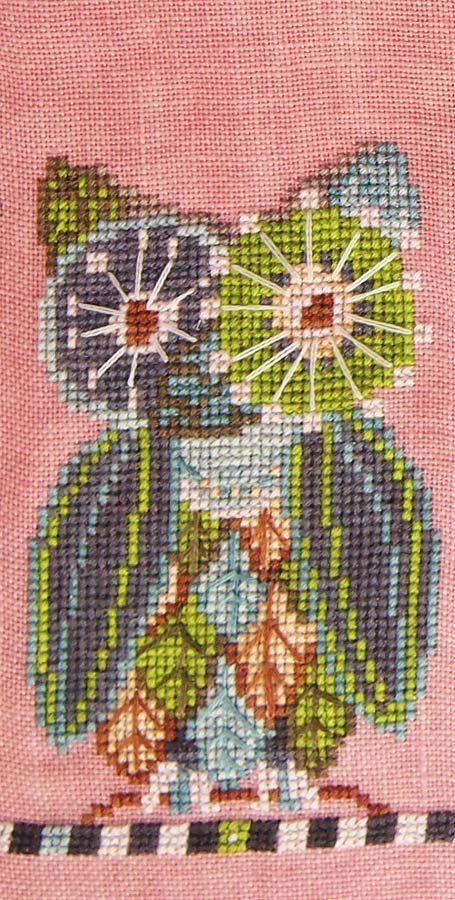 Out of the Woods is a three part series, and Owl is the second chart. Because this is a series, the floss key is only included with Raccoon. If you elected to only stitch this chart, there is a pdf file with the symbol key HERE.

design size for the completed series is 177 x 76

Out of the Woods is stitched over two on Weeks Dye Works 32 count Charlotte's Pink linen using Weeks floss in Aqua, Battleship, Capri, Cinnamon, Clam Shell, Garrison Green, Gunmetal, Honeysuckle, Paris Green, Seagull, Shepherd's Blue and Whitewash. There are no buttons included with this portion of the series. Finishing instructions are included and the completed piece is hung from a 12" Daisy and Bee hanger HERE.